I guess I’ll always have a soft spot in my heart for black and white film. It was what we used when I went to film school and it always brings back a little nostalgia when I see it used. Watching a monochrome film, for me, is like opening an old book or touching an oil painted canvas.

Christopher Nolan’s “Doodlebug” foreshadows common themes he would later use in his most popular films. Insanity and the workings of the mind are on full display here. One watch will give you hints of Inception, Insomnia, Memento and other Nolan films with one-word titles.

The film follows a man who is dead set on crushing some sort of vermin that has entered his house. As the film progresses, we see his mind begin to waver and struggles to focus on the scuttling of the creature which has infested his home and the sounds of his appliances. Things descend into total bedlam when we realize the invader our protagonist is desperate to smash into oblivion, is not all that it seems.

The special effects aren’t exactly The Dark Knight, but they do the job well enough. Camera angles and close-ups dominate the screen and tell the story for us. They reflect the paranoia our main character seems to be suffering from, as well and give the film a manic pacing. It isn’t towards the end that we get a true special effect, a simple trick that has been used in films predating this one, but used in a unique way to reveal the twist at the end.

Nolan seems to have been limited to the same criteria that I was for my final student film. No dialogue, black and white film only. But he stretches the most out of those limitations, creating a visual tale for the audience. Honestly, if Nolan had the same type of restrictions we did for his final student film as we did, most of the student body would have been floored. I don’t remember anyone, especially myself, that was able to get this creative with so little.

Ever see a single shoe on the side of road and wonder, “Who leaves a shoe? I mean, just one shoe? If you’re going to go gutter-stomping shoeless, why not just commit and rock both those knee-highs for everyone to see?” Well, Spike Jonze attempts to answer this in his short film “How They Get There.”

While not exactly his intro into filmmaking (Jonze was a well established music video director whose contributions include such classics as “Sabotage” by the Beastie Boys), it was with this film that he began to flirt with cinematic storytelling devices that would eventually lead to his first feature Being John Malkovich.

The film stars Mark Gonzales, a legendary skateboarder, who was the first to Ollie off the Wallenberg Set, a nineteen foot long, four-foot tall series of steps. For those of you not familiar with skateboarding (like myself), it means he jumped his skateboard really far and landed at a much lower place than where he lifted off without killing himself.

It also stars Lauren Curry, who I’m convinced is one of the many Zooey Deschanel clones that have been running around Hollywood lately. 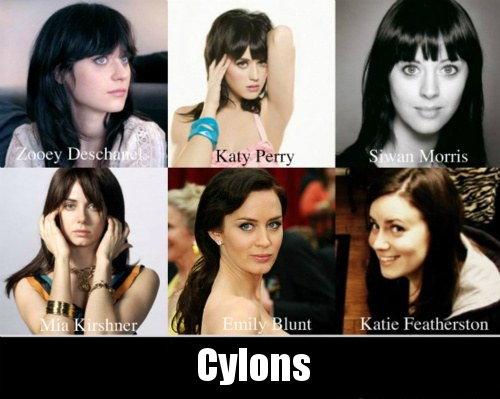 The film is simple enough. Two strangers spot each other from across the street and begin to flirt by imitating one another. This comes to an abrupt end when Mr. Mimic is hit by, what might be, the drunkest driver ever and absolute chaos is unleashed. The girl seems horrified at the disaster she’s caused, and yet it begs the question, how many other people have lost their lives entranced by these Deschanel Doppelgangers? What is their true motive? I’m sure a quick analysis of the amount of innocents killed while listening to “Teenage Dream” will produce some startling findings.

What “How They Get There” shows is that you don’t need to get overly complicated to make a good short. In the two minutes of this film we are given enough of what we need to know, character-wise, to understand the type of guy the main character is. Little things, like a trip off the curb, show us that he’s kind of a klutz. The haphazard way he disposes of his milk tells us that his focus is easily drawn, causing him to shirk common sense habits such as using a damn trashcan or looking both ways before crossing the street.

With what could also be considered a Micro-short film, the two-minute runtime is refreshing. It shows that length doesn’t always equal content.

For the last few months I’ve been hinting at the possibility of a podcast. Also, I’m sure those of you that have been checking up on the blog have also noticed that the posts have been becoming more sparse. Well, truth is these two things are connected. For the past two months I’ve been teaming up with a close group of friends, including Cody Everett, a filmmaker I interviewed early in this blog’s inception, and the fruits of our labor are finally complete.

Cult Film in Review is a roundtable podcast where we look back on the cult films of yesteryear and see if they really do deserve the recognition they receive. We even throw in a few laughs for good measure.

If you have a love for cult films, are a film lover that wants to know what cult films are all about, or just want have a good chuckle, give Cult Film in Review a listen.

You can find it here at cultfilminreview.com or subscribe to us on iTunes.