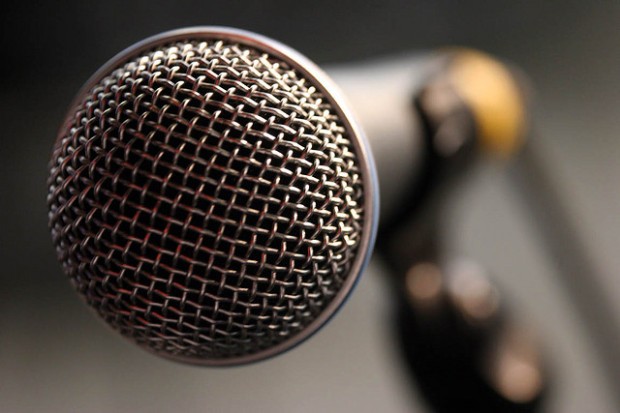 When we think about voice acting, we tend to think more of animation and giving speech to CG work, but those who are not gamers may not realize that many voice actors look to the video game market for work.

Over the course of the last decade video games have proven to be as a legitimate form of narrative with big budget numbers to prove it. According to Gartner, a technology research and advisory firm, the video game industry is one of the fastest growing in the world. In 2013 worldwide video game sales reached $93 billion and it’s estimated that in 2015 sales will reach $111 billion. In 2013 Grand Theft Auto 5, one of the most popular and controversial video game titles, sold $800 million on the first day of its release. Granted games are a bit more expensive than a movie ticket (about $60 dollars compared to $7-$13) but if you compare that with this summer’s blockbuster Jurassic World which made $81 million on its first day, you can see the video game industry is nothing to scoff at.

Many of the biggest video game titles such as Metal Gear, Elder Scrolls, and Grand Theft Auto require a large cast of voice actors to bring their characters to life. Even veteran film and TV actors such as Mark Hamill, who voiced the Joker in the Batman: Arkham franchise, have turned to the industry for work. With these titles taking in millions, voice actors are now demanding more in terms of compensation as well as treatment.

SAG-AFTRA, the union that represents voice actors, is mulling over a strike in an attempt to get the video game industry to meet actor’s demands. Many prominent voice actors have also taken to social media under the hashtags #PerformanceMatters and #IAmOnBoard2015 to voice their support for the strike.

Here’s what they are asking for:

It’s common for film actors to receive back-end bonuses in the event a film does well. With the video game industry growing at such a high rate and popular titles rivaling blockbuster film titles, its only fair interactive performers also get a piece of that.

SAG-AFTRA outlines this as such:

Voice acting for video games comes with its own dangers, particularly involving characters that have loud or otherwise difficult voices. For instance, horror games may require lots of screaming and yelling which could stress the vocal chords that could lead to injury and possible loss of future work.

SAG-AFTRA is asking for stunt pay, much like film and TV actors ask for when they decide to perform their own stunts, for vocally demanding roles.

It’s sometimes the case that video games studios will require voice actors to perform motion capture along with their vocal performance, otherwise known as a full performance capture.

Just as film and TV actors who do their own stunts are often provided with a stunt coordinator to monitor safety, voice actors who are asked to provide motion capture are demanding the same. Interactive performers have complained that they are often not told what type stunts they may have to perform, such as wirework that could cause potential injury. Voice actors are simply demanding they be provided with a safe workplace.

Due to secrecy regarding future game releases, game studios may not reveal to the actor what they are working on or what their role pertains. This may include vocally stressful roles and potential motion capture as stated above, but also includes things like offensive content that actors may be uncomfortable performing.

SAG-AFTRA is asking that more transparency be exercised so actors have a better idea what their job entails before they commit to a role.

It seems only reasonable that interactive performers be treated to the same benefits as their film and TV counterparts. No one likes a strike, but if that what it takes to guarantee that voice actors receive proper compensation and better working conditions, so be it.